Don't forget to Register or Login 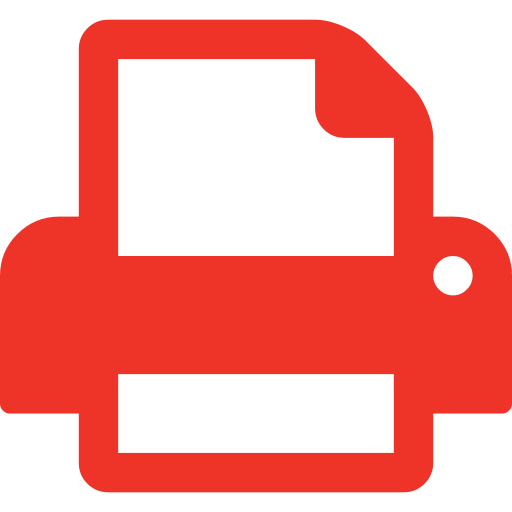 Home > Extras > About Us
ABOUT US

So, what would you like to know about Linedancer and the that work we do?

LINEDANCER MAGAZINE
Linedancer Magazine was launched in June 1996 with a print run of just 1,000 copies and went on to become the world's best selling dance publication with a circulation of just over 20,000 copies. Linedancer pioneered the standards for scripts layout and design and the use of correct terminology. It also helped to eleviate the negative image and perception of line dance around the world. The magazine was the foundation for all the other enterprises listed below.

LINEDANCER WEBSITE
Welcome to this our FOURTH version of Linedancer website. With each version we have listened to the dance community and responded to suggestions and requests. This site is all about Line dance, it is easy to use and still offers an abundance of information and interaction that many people have come to trust and rely upon. We operate the site FREE of charge. The voting structure for compiling dance charts is quick and easy to use and produces probably the most reliable dance charts based on dancers' votes.

LINEDANCER APP
Moving with times  the Linedancer App was launched in 2016. It is a fantastic mobile resource also provided FREE of charge. Extremely useful when wifi is not available as any amount of dance scripts can be stored on your mobile device for quick reference. View charts, reviews, see what's new and add script to your own off-line library. Download the Linedancer App from Google Play or iTunes.

LINEDANCER RADIO
Linedancer Radio was launched in July 2018. Once again this is a wonderful resource we offer FREE of charge. All the DJ's are involved in line dance and broadcast their shows from all around the world. DJ's are volunteers and are a credit to the Linedance Community. They donate their time to bring you a variety of entertaining and informative shows. Visit www.linedancerradio.com for more information. Be sure to tune in and take part in the banter on Linedancer Radio Facebook Chatroom too.

LINEDANCER HOLIDAYS
Kingshill Dance Holidays is the trading name of Linedancer Holidays. Since 2017 (under this established brand) we offer dancers excellent value for money with great events, weekends and holidays. We always feature the very best in live acts and workshop hosts. Our policy NOT to demand new dances at every event, we prefer our hosts to teach what they want... old, new or even other people's dances. Our emphasis is on having good fun, giving good value and sharing happy times. Join us on a KingsHill event, you'll be made very welcome. Take a look at the great venues and prices on offer at www.kingshilldanceholidays.com

LINE DANCE FOUNDATION
In February 2007 Linedancer launched the Line Dance Foundation. We learned of a Line Dance DJ who developed throat cancer. He lost his voice and consequently the ability to work and earn a living. Since then the LDF has continued to provide financial support to members of our community in difficult circumstances. The LDF is a Registered Charity run by Linedancer, a Board of Trustees and a host of Ambassadors from around the world. If you have the chance to help raise funds we would be delighted to hear from you. Also, if you know of someone who may need help from the LDF please contact us or visit the LDF website to complete a Grant Nomination form. www.linedancefoundation.com

CRYSTAL BOOT AWARDS
In 1999 we presented three awards which set in motion the foundations for the wonderful Crystal Boot Awards. Each year over 800 guests from all over the world attend the fantastic gathering to celebrate the best of the best as they are presented with awards for their contribution to Line Dance. For more information visit the CBA website. www.crystalbootawards.com

DANCE SCRIPTS
If you ask why Linedancer became so successful Betty will tell you it was due to two factors. Firstly Linedancer was the only professional publication totally dedicated to linedancing, and two, the "Stepping off the Page" concept for all printed dance scripts. Every dance script published followed the same formula designed to make learning new dances easier. The "Stepping Off The Page" format is used as the template for printed choreography the world over.

DANCE CHARTS
In 1996 we began publishing dance charts. At that time they were merely a small selection of clubs and classes willing to share a list of their favourite dances which we published. This proved so useful that it went on to became the Linedancer Charts that we all know and use today. The Charts have evolved and are now presented in all levels and categories. They are not only a much used and respected source of information but they also form the basis for Crystal Boot Award nominations.

DANCE REVIEWS
In addition to comprehensive music reviews Linedancer would review dances as part of our editorial service. The volume of new dances meant keeping up was impossible. To help solve the problem we asked Linedancer readers, instructors and dancers for their opinions and we then published their responses. This independent endorsement of a dance has developed into the Dance Review Feature on this website which is one of the most useful and frequently viewed sections. All dance reviews from any member of the community are most welcome and very helpful.

INTERNATIONAL PROMOTION
Linedancer has covered events of every size and in every place in the world and we still love to share news with the dance community in any way we can. Lindancer news and features has been bringing people together since 1996 and we are proud of what we have achieved in helping to elevate the status of Line dancing around the world. With Linedancer Radio, the Line Dance Foundation and the Crystal Boot Awards we remain at the forefront of international promotion.

CBA WEBCAST
Attending the CBA is not possible for all, so in 2011 we began a test to stream the event live from Blackpool around the world. Now anyone can join in and watch the fantastic show, workshops and awards ceremonies. It's not the same as being there but it is the next best thing. Watch for news of how and when you can take part on the CBA website.

HALL OF FAME
At the CBA in 1999 Betty Drummond introduced the Hall of Fame award. This, she said, was presented to honour those whose dedication and commitment to line dancing was outstanding and worthy of special recognition. It is the highest accolade that we can bestow upon anyone in the Line dance community. It is the members of the Hall of Fame who vote to select new inductee.

DANCE LEVEL GUIDE
Setting the correct level for a dance has always been a source of debate. It was of concern that many scripts appeared to be inaccurately classified. Linedancer believe choreographers determine which dance level applies to their own dances. However, without accepted principles on dance levels or a governing body for guidance we often see dances where the level is hotly disputed. To help solve this problem we have, in collaboration of several dance experts, prepared a written guide and a list of step patterns that are most appropriate for each level. It is a good reference and has proved very helpful to choreographers, dance teachers and dancers. You will find it under Extras> Wiki Dance> Dance Levels.

WIKI DANCE
Under the Linedancer WikiDance section you will find a wealth of dance information. It allows people to collaborate in creating a searchable database of information regarding dance steps, styles, images, videos, audio clips and all things Line dance related. It is an exciting project that continues to grow and is full of dance information for anyone to access and add to.